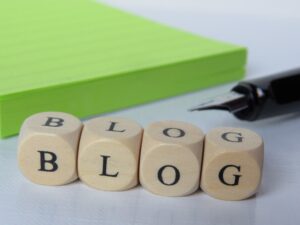 In recent years I’ve been working on improving my communication skills, trying to reduce my Impulse to overly talk in conversations and instead practise more active listening. There have been times when I’ve been proud when I have noticed how I am learning to change my behaviour but on other occasions I have slipped and caught myself falling back to old ways, the result being that I have ‘given myself a good talking to!’.

So last week when I attended a training event with colleagues as part of our ongoing development and we were given an exercise that involved communication, I thought this was a great way to practise my active listening.

My colleagues and I were asked to complete an exercise within a certain timeframe that required a significant level of active listening and communication.

Although I don’t want to divulge too much about the exercise, the key points to mention are that we:
• were all blind-folded;
• could only ask one question of the facilitator;
• could only hear the brief on one more occasion; and
• would be notified of timings at the mid-point and every 5 minutes thereafter.
As a team, we started to work through the exercise with a calm and measured approach, with each of us making suggestions about how we might work through the task. 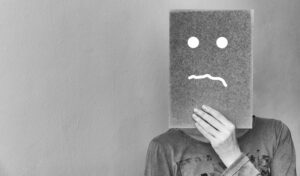 ain, in order to seek clarification and understanding. It was agreed we’d all carry on along our line of current thinking and request the brief be re-read a little later. One person mentioned they may have solved one of the answers.
We continued to talk amongst ourselves, trying to find the solution … it seemed like we were making good progress with the information we had gathered already. One colleague said that they were confused but we were all busy continuing our conversations, providing descriptions to our colleagues, and making decisions based on information we were giving and receiving.

The first timeline was announced; we had 15 minutes remaining and pressure was mounting. At this stage, we requested the brief be re-read. It then became clear that some colleagues were more vocal than others, with some not talking at all. As more time passed and the will to succeed became more urgent, we started talking over one another.
Another time period lapsed and an air of panic set in. It now felt to me that we weren’t any further on in our thinking, and hadn’t progressed from where we were in the first 10 minutes of the exercise. The minutes were quickly counting down and, needless to say, we reached our time limit not having reached the solution!

Disappointed that we hadn’t successfully completed the exercise, we had a de-brief and reflected on what had happened and what we could take from the experience. The following learnings emerged:

Although we are all experienced, knowledgeable individuals, we had reverted to certain behaviours. We were a newly formed group, only having met each other once or twice before so we hadn’t yet had the opportunity to develop as a team (see Tuckman’s framework of team development: forming, storming, norming and performing model). Members of the group described that they felt ‘unsure’ of what was going to happen and, in my opinion, none of us was overly assertive, perhaps as we didn’t really know each other. Although we made good progress in the first 5 minutes or so, we neglected to appoint people into key roles and allocate responsibilities, e.g. a leader, timekeeper etc, and as a result, we quickly fell into the trap of doing, rather than planning!

On several occasions, although people spoke up:
a) two people requested the brief be read again at an early stage in the process;
b) one person mentioned they thought they had solved one element of the exercise; and
c) another person expressed that they were confused;
These comments were either not heard, disregarded, or over-ridden without any form of questioning to seek clarification as to why a request/statement was being made.
Two out of the three requests were later acknowledged and actioned, but we overlooked the person that mentioned they thought they had resolved one part of the exercise. Why was this the case?
Deborah Tannen, Professor of Linguistics, who has been researching linguistic styles since 1974, states that how we say something can influence whether a person gets heard. Slight differences in conversational style such as the length of pauses in sentences, a certain tone of voice, the speed at which we talk, and the degree of loudness can impact our judgment about people, their abilities and how we respond, if in fact we do. 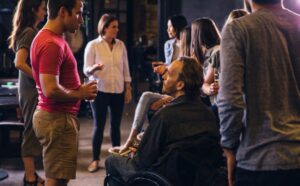 3. Practising active listening – or not?

We highlighted several areas where we felt we were communicating well. Conversely, it became abundantly clear that we had significant room for improvement:

• Asking questions: Throughout the whole exercise we were asking questions. However, maybe the questions we asked didn’t provide us with the clarity we needed – or maybe we didn’t listen properly. I’m not quite sure.

• Paying too much attention to our own thoughts: this could also have been a major problem, instead of listening to what was actually being said. Perhaps we were too focussed on planning our responses.

• Being more specific: of course, perception is everything. People were describing things in ways that meant something to them visually, for example, a fish. That might be fine when you’re talking with someone who is on your wavelength but it can cause confusion for others. Just because I visualise an object as a fish, doesn’t mean that everyone else will. This is what we learned to be the case.

• Embracing silence: I do think there were times when the room was silent, but having said that, it may have been helpful if there was more time to think. Okay, we didn’t have the visual cues to rely on, but giving ourselves some time to reflect and take stock probably would have been a good thing.

• Levels of engagement: some colleagues mentioned that they felt relieved when they thought their part in the exercise was complete and, as a result, realised they had unconsciously disengaged for a while, only re-engaging during the latter part of the process.

An article in Psychology Today, lists the most common listening mistakes. By practising more active listening skills we could all make a significant difference to how we interact with the people in our lives.

What are Our Key Take-aways?

1. As with any task or activity, great execution is in the planning.
2. It’s not good enough to plan – it’s critical that we allocate roles and responsibilities.
3. It’s vital to be inclusive. Everyone has a part to play and it’s important that everyone is involved and heard. Diversity of approach and thinking helps us look at things differently.
4. Don’t all speak at once and listen to what is being said, without making any judgement.
5. Ask questions to seek clarity and understanding.
6. Keep focussed on what is being said, do not pay attention to your own thoughts and how you may respond.
7. Leave space for reflection, it provides an opportunity to analyse your thoughts and consider what other information you may need.
8. Remain engaged, you can play a crucial part in a team exercise even if you have completed your part of the task. There is no ‘I’ in team and supporting each other is key to success.
A key point to take away is that we shouldn’t beat ourselves up too much – we were blind-folded after all, and as long as we take our learnings away with us and apply them to our everyday lives, that’s what matters. We won’t get it right first time but if we really want to make changes, we have to keep working on them. 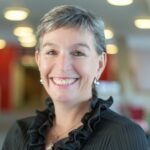