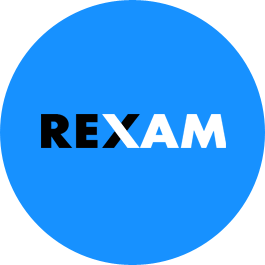 Working under the guidance of Dove Nest Group, a team of future leaders from a global packaging company have raised nearly £42k for a UNICEF project in East Africa. Local management development specialists Dove Nest Group have run a number of bespoke training courses linked to corporate social responsibility programmes over the past 38 years, this one has set a new record for the amount of money raised for charity as a result.

The brief, from client Rexam plc, to create an event to kick-start a year- long Academy programme for employees identified as having future talent potential. The Academy brings together delegates from all countries where Rexam manufactures consumer packaging, who will have to work together to develop leadership skills during a series of training modules, with business-focussed projects in between.

Dove Nest’s answer was to set the leadership challenge of organising a Charity Dinner, with the delegates doing everything from choosing a suitable charity, inviting VIP guests, preparing and serving the meal to providing after-dinner entertainment. Pre-event conference calls allowed delegates the chance to share ideas for fund-raising and plan for every aspect of the project, including which of them would be working in the kitchen, who would be front of house and who would organise an auction. They set themselves a target of £15,000 for the charity.

When they all met for the first time at the Academy, the delegates had just over 24 hours for all the final preparations before the first guests arrived. The meal itself was prepared by the group under the supervision of Dove Nest’s resident chef Nick Smith from Endmoor . A combination of pre-event fund-raising, ticket sales, raffles and an auction resulted in a massive £41,800 being raised for UNICEF, going to a project to support children in East Africa.

As the final guests left, Dove Nest Group’s John Driscoll said: “We’ve run a number of exciting projects for major clients over the years, but this one has been special for several reasons. The fact that senior executives from Rexam have invited clients and other VIP guests to a dinner prepared and served by some of their younger staff is an indication of their commitment to this project. The fact that the whole evening ran so smoothly is a tribute to the planning and sheer hard work of all the delegates. They recognise that they’ve achieved far more than they could possibly have dreamt and they’ve learnt a great deal about themselves, leadership and project planning in the process.”